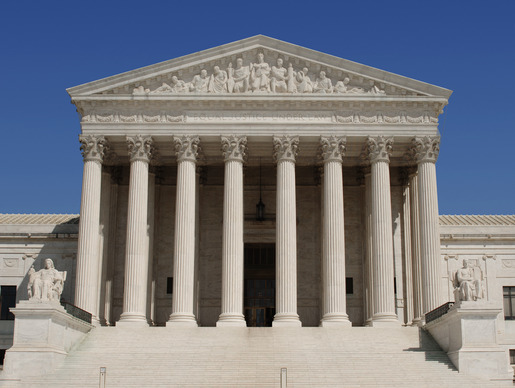 Estimated $200 Million in Refunds Will Be Made Available to Maryland Residents… Will Residents of Your Home State Benefit Next?

Monday, May 18th marked the date of a landmark ruling by the U.S. Supreme Court. In a five-to-four ruling, the Supreme Court ruled (in Comptroller of the Treasury of Maryland v. Wynne et ux.) against the Maryland tax law’s double-taxation treatment of income earned by residents who work out of state. Maryland’s current tax structure is based on a two-tier system, whereby residents are assessed a state tax of up to 5.75% on their income, in addition to a county tax of up to 3.2% depending on the resident’s county of domicile. Residents who earned income from out-of-state sources, and thus paid tax to those foreign jurisdictions, were afforded a credit for taxes paid on the state portion of their income tax assessment, but not for the county portion. Thus the Supreme Court ruled that the failure to allow a credit on all taxes imposed by the state of Maryland was “inherently discriminatory and operates as a tariff”, and is thus unconstitutional under the dormant Commerce Clause, which grants the federal government regulatory authority over the states where instances of double-taxation that might discourage interstate commerce are found.

To put this landmark decision into perspective, let’s take a hypothetical scenario (for simplicity’s sake we will assume flat tax rates to make the math easier to follow). Two individuals both reside in the state of Maryland with a tax rate of 5.75% and in the top taxing county, with a tax rate of 3.2%. Both earn $100,000 in income. The first individual lives and works exclusively in the state of Maryland, while the other splits his time evenly between the states of Maryland and California (8% tax rate on $50,000). The first individual, in this overly simplistic example, would pay an 8.95% total state income tax, amounting to a $8,950 liability. For the second individual, the same $8,950 tax would be assessed by the state of Maryland, along with a $4,000 tax liability to California. The state of Maryland previously would allow a credit on this liability only to the extent of the 5.75% “state” tax (which in this scenario would amount to $2,875), leaving the out-of-state individual with an additional $1,125 in total state tax liability, when compared to that of his neighbor who works in-state. It is this unequal burden that the Supreme Court has deemed unconstitutional.

For the state of Maryland, it is estimated that the economic impact of this ruling will cause the state to owe approximately $200 million in refunds to residents who may retroactively seek claims against the taxes previously paid that are now deemed unconstitutional. Furthermore, according to the Washington Post, this ruling will cost the state approximately $42 million annually in lost tax revenue. For those who reside in Maryland and work outside the state limits, it would certainly be worth a look to see if you would qualify to seek a refund claim for such taxes previously paid.

For those not currently residing in Maryland, the effects of the case are unknown, but worth watching. Will the results of Maryland v. Wynne have further-reaching consequences? Let’s take a look at other Mid-Atlantic States such as New York (20 NYCRR 132.18(a)), Pennsylvania (61 Pa. Code 109.8), and Delaware (Del. Schedule W), which all contain “convenience of employer” provisions that effectively cause individuals who work remotely out of employee convenience to be taxed by both the jurisdiction in which they reside and the jurisdiction in which their employer is headquartered in a manner that may not rationally relate to the income earned in each location.. Previous state case law that supported this ideal may now be rendered unconstitutional under the same provisions as Maryland v. Wynne.

Note: This article is for informational purposes only, and should not be relied upon for the preparation and filing of tax returns or tax refund claims. The implications of the case reviewed above will be addressed on a state-by-state basis, and are currently unknown.