Interest Rate Risk: Why your bonds are worth less now 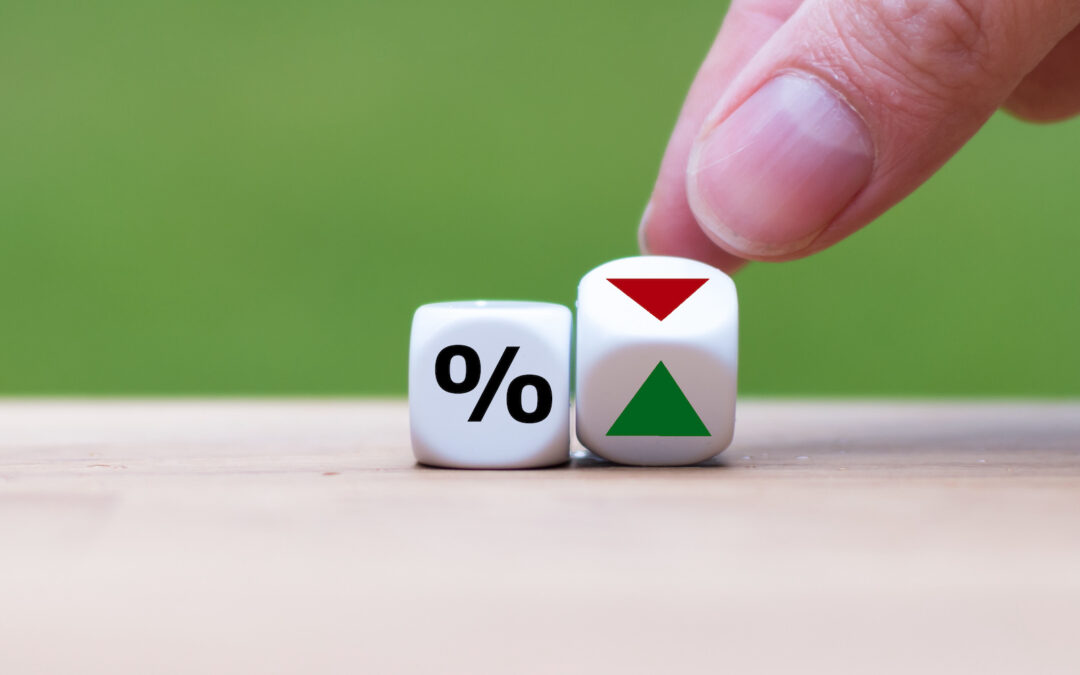 Investors expect volatility in the stock market. It’s something that investors accept when they decide to invest in stocks, with the hopes of achieving greater returns than with other investments. With bonds, it’s a different story. This part of a portfolio is designed to offer safety so that when the stock market goes down, you have some part of your portfolio that’s not going down with it. 2022 has been a double-edged sword of volatility with both stocks and bonds retreating causing even a balanced portfolio to suffer greatly. So, what happened this time that was different? While bonds carry different risks, the decline in bond portfolios this year has been attributed to interest rate risk.

To illustrate what is happening in 2022, let’s look at a hypothetical situation. Say you buy a newly issued 10-year Treasury bond that pays 2% interest. With this bond, the government will essentially pay you 2% interest on this bond per year for 10 years at which point the bond is said to mature and your principal is returned to you. This seems like a safe bet when dealing with the government, who could always just print more money to pay you back. So how are many bond portfolios down over 10% on the year?

Well, when interest rates rise, bond prices fall. Take the example we had before. If you bought a 10-year government bond that paid 2% interest but now, due to interest rates rising, newly issued 10-year government bonds pay 4% interest just a year later, you can understand how your 2% bond wouldn’t be worth as much since it’s paying half as much interest. So, if you were to go and sell the 2% bond, it would be worth less. How much less would it be worth? Well, using a financial calculator, you can do the math on this and find that your 2% bond is worth almost 15% less just 1 year later! Even though you won’t lose anything holding your 2% bond until maturity, if you were to sell it you’d lock in a much lower price than what you paid. Your investment statements will reflect this decline in your bond‘s price and show you what you’d get if you were to sell the bond at its current price, for example, 15% lower.

Interest rates historically haven’t risen from such a low point and moved up this quickly like we’ve seen this year. The velocity of the rising interest rates caused existing bond issues to be priced downward heavily. In fact, 2022 is looking like it will be the worst year for bonds on record and it’s not even close. Over the last 45 years, the Bloomberg U.S. Aggregate Bond Index has only had 5 negative years going back to the 70s. The largest negative year was only 2.9%. So bonds are having a never-seen-before type of situation after the global pandemic sent interest rates lower than we’ve ever seen. Inflation has forced the Federal Reserve’s hand leaving them no choice but to raise rates at a disruptive pace even at the determent to bondholders.

While 2022 hasn’t been a great year for bonds, it’s important to not give up bonds as an asset class. Bonds are now paying the highest rates that we’ve seen since prior to the great recession.

A 1-year Treasury is currently yielding around 4.7%. Non- government bonds that may be slightly riskier are yielding even higher rates for investors. Additionally, most of the rate hikes have already occurred. Predicting where rates will go from here is a difficult task.

It is possible at some point that rates also fall pushing bond prices higher in a reverse of what we’ve seen this year. For this reason, bonds should still make up a significant portion of a balanced portfolio.

However, 2022 should not be forgotten as a lesson of how interest rate risk can lower the value of your bond portfolio.

This article is for informational and educational purposes only and should not be relied upon as the basis for an investment decision. Consult your financial adviser, as well as your tax and/or legal advisers, regarding your personal circumstances before making investment decisions.