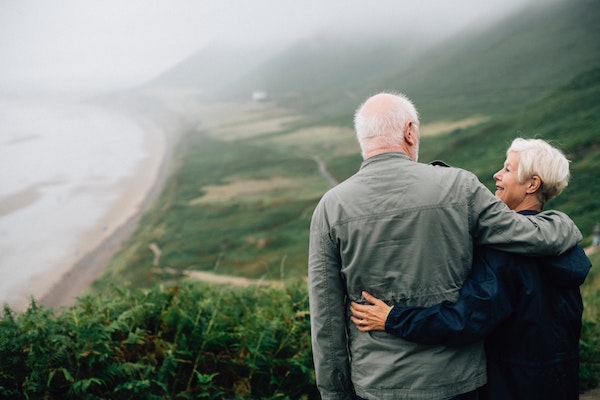 After contributing through payroll and self-employment taxes for decades of work, many Social Security beneficiaries are astonished when they learn that their benefits may be subject to federal and sometimes state income taxes. When benefits were first paid in 1940, they were explicitly and completely excluded from federal taxable income. However, in the 1970s and in the midst of Social Security’s first funding crisis, it became necessary to contemplate some changes. The National Commission on Social Security, chaired by Alan Greenspan, recom­mended taxing 50% of Social Security benefits. Congress did not like the thought of taxing low-income retirees. In 1983, Congress passed and President Reagan signed into law legislation which would potentially require up to 50% of Social Security benefits to be included in taxable income. As you will see in this article, some low-income taxpayers can exclude some, and in certain cases, all their benefits from taxable income. Ten years later, in 1993, during the Clinton administration, Congress again took up the Social Security taxation issue. A second set of thres­holds was added which resulted in up to 85% of benefits being subject to federal taxation. The 1993 law did not increase the number of recipients paying tax on benefits, but it did increase the tax burden for many who were subject to the tax. The rules have not changed since 1993. The formula for computing the taxable portion along with examples and strategies to minimize and avoid paying tax on Social Security will be explained a bit later in this article.

The employee’s contributions for Social Security are withheld from wages and matched by the employer through payroll taxes called FICA. FICA is an acronym for Federal Insurance Contributions Act. There are two parts to FICA. The Social Security part is a 6.2% tax on up to a maximum base wage amount. The 2019 maximum base wage is $132,900. Therefore, in 2019 the maximum amount of Social Security tax to be paid by an employee is $8,239.80. The second portion of FICA is for Medicare. The rate for Medicare is 1.45% and there is no earnings limit. For employees, employers match the withheld amount. Self-employed individuals end up paying both halves of FICA for a total of 15.3% [(6.2% + 1.45%) x2)]. There is also an additional Medicare tax of .9% on earnings over $200,000 for singles and $250,000 for married couples filing jointly.

How Social Security is Taxed

Like most aspects of our tax laws, the formula to determine the amount of benefits to be taxed is a bit complicated. The IRS worksheet takes 18 lines of calculations to figure how much of your benefits will be subject to tax. A key concept with regards to the taxation of Social Security is “combined income”.

WARNING: This section of the article includes some mathematics and can be skipped without jeopardizing the remaining segments of this article by those readers who choose to avoid math. Using the formulas gets complex quickly. Fortunately, there are numerous online calculators and tax software where you can input your income numbers and generate the taxable amount of your Social Security. To skip the math, click here.

There are two formulas to determine the amount of Social Security that is taxable and two sets of base amounts were established. The first set is as follows:

The second set of base amounts is as follows:

If the combined income exceeds the first set of base amounts, but is less than then the second set, the taxable amount of Social Security benefits is the lesser of the following:

Example 1: A married couple with an adjusted gross income before including Social Security of $30,000, no tax-exempt income, and $24,000 of Social Security benefits who file jointly must include $5,000 as taxable income (or 20.83% of the SS benefits collected).

If the couple earned $20,000 ($10,000 less than the previous example) of adjusted gross income before including Social Security benefits, none of the Social Security would be taxable.

If the combined income exceeds the second set of base amounts, the taxable amount of Social Security benefits is the lesser of the following:

Example 2: A married couple with an adjusted gross income before including Social Security of $45,000, no tax-exempt income, and $29,300 of Social Security benefits who file jointly must include $19,303 as taxable income (or 65.88% of their SS benefits collected).

Observations from the Formula

A very frustrating situation with regard to the taxation of Social Security benefits occurs when a recipient’s income is large enough for the benefits to be considered taxable but less than 85% includible, such as a couple with $41,630 of adjusted gross income before including Social Security and collecting the average retirement benefits of $29,376. In this situation $16,470 or 56.07% of their benefits are considered as taxable. If this couple realizes a $10,000 increase in earnings caused by an additional withdrawal from an IRA, an unexpected capital gain, or winnings from gambling, their taxable Social Security will increase to $24,970 (85% of $29,376) or an increase of $8,500. This increase means that their taxable income increases by $18,850 ($10,000 + $8,500) or 185% of the increase in taxable earnings. The formula for computing taxation of Social Security often results in taxpayers paying tax on more than 100% of their realized increase in income.

It is noteworthy that the base amounts for the 50% formula ($32,000 for MFJ & $25,000 for all others) and the 85% formula ($44,000 for MFJ & $34,000 for all others) used to calculate the taxable portion of Social Security are not adjusted for inflation like many tax related benchmarks and thresholds. The base amounts have not changed since they were originally legislated. A dollar in 1983 is the equivalent of over $2.50 dollars in 2019 using the Consumer Price Index (CPI). The cost of living adjustment (COLA) used by the Social Security Administration has adjusted Social Security Benefits 226.7% from 1983 to today. This means that retirees receive more nominal dollars of benefits but need more retirement income today to maintain the 1983 standard of living. More nominal dollars of income means more Social Security benefits are taxable today than when they were first made subject to tax. The CPI adjustment since 1993 is over 220% and the SSA COLA adjustment has been 226.7%. The CPI and the SSA COLA adjustments are not the same variable.

A 1979 Advisory Council and the Greenspan Commission were charged with studying the Social Security solvency issue. Benefits are funded from three sources: beneficiarys’ contributions, employer matching contributions, and interest earned on both. An established tax policy principle is that that the amount of a private pension that is considered tax-free is equal to the contributions made by the worker. In other words, a pension recipient is generally liable for taxes on the portion that he/she did not contribute. The Office of the Actuary of the Social Security Administration determined that “workers entering covered employment in aggregate would make payroll tax payments totaling no more than 17% of the benefits they expect to receive. The self-employed will pay no more than 26% on average.” These findings formed the justification for treating the taxation of Social Security benefits on the same basis as a private pension.

How to Minimize or Avoid the Taxation of Social Security

Alternatively, if you expect that your earnings may increase later in retirement caused by eligibility for a pension or expected required minimum distributions

(RMDs) from an IRA at age 70.5, you may want to consider collecting Social Security earlier.nbsp;

A taxpayer who is in a situation where Social Security benefits are taxable may want to consider ways to reduce their income. One way to reduce income is by harvesting capital losses from their portfolio. Capital losses can offset other capital gains dollar for dollar and can offset up to $3,000 of ordinary income per year. Another strategy, called a qualified charity distribution (QCD), is donating a portion of your IRA required minimum distribution (RMD). A QCD does not increase your adjusted gross income. Recipients may want to reconsider the after-tax net income from part-time work after commencing Social Security benefits. Roth retirement plans greatly enhance income flexibility at retirement. Withdrawals from Roth IRAs and Roth 401(k)s are not considered part of combined income and do not increase the taxation of Social Security. Roth plans are a means to avoid what is called the “tax torpedo”.

The tax torpedo has to do with the way Social Security is taxed. . As explained earlier and illustrated below, many middle class taxpayers can end up including 150% to 185% of an IRA distribution as taxable income due to the fact that the extra dollars of income result in more of their Social Security benefits being taxable. The tax ramifications of collecting Social Security benefits should be discussed with your tax advisor.

A basic understanding of how Social Security is treated for tax purposes is a good way to avoid an unpleasant surprise when preparing your tax return. Planning your distributions at retirement with a tax advisor and/or a financial planner can assist you in identifying Social Security tax planning opportunities. Of course, you should always consult with a tax professional anytime you consider any tax planning transactions.

Photo by rawpixel.com from Pexels